Her name was Estefanía Sompo Johnson. Estefania was ill in the “Loeri Komba” hospital of Malabo, one of the most notorious death traps for COVID-19 patients for months. Her daughter shot a video asking for help because neither she nor her mother could afford to pay 50,000 XAF (about 90 USD) for oxygen at the hospital. Estefania’s daughter, a shy looking girl, could not imagine the trouble she would face when she sought the help of a small NGO called Somos+.

At the public hospitals in Equatorial Guinea patients can be asked to pay for needles and every pill they are prescribed. Normally, they get the prescription and must go to the hospital´s pharmacy to pay for everything. But this is counting on the medication being on the shelves. And in the case that a family cannot afford care, the hospitals will expel the patient. Families must gather all the coins they can to save their loved ones.

In a country ruled by kleptocrats, this is not a surprise. Equatorial Guinea has one of the highest per capita income in Africa; only the tiny islands of Seychelles and Mauritius are better off. But those vast resources are controlled by the president’s clique, sending money overseas in hidden accounts rather than providing healthcare to citizens. Back in 2016, almost 2 million USD were seized precisely in Seychelles due to failing to justify the source of these amounts to the investigative authorities of Seychelles, as reported by Diario Rombe. More recently, a Spanish news media uncovered a 5 million EUR mansion in Madrid under the name of the former head of the National Oil Company and president’s brother in law Candido Nsue Okomo.

With all the money stolen, the state could afford to buy Estafania’s oxygen or health care for all citizens.  Instead, kleptocrats buy luxury cars and trinkets with state money.

And while Estefania’s daughter needs to beg for her mother’s life, kleptocrats have no problem to spare a few pennies from their state coffers loots to present an image of benevolent givers.

The national oil company, now headed by another in-law of the president, Antonio Oburu,  “donated” 200 million XAF (360,000 USD)  to fight COVID-19 in the country, while at the same time the company paid for Mr Oburu´s private jet to bring his daughter from London to Malabo.

Mr Oburu´s private jet to bring his daughter from London to Malabo.

Since the beginning of the COVID-19 pandemic, kleptocrats seized the opportunity to whitewash their image by “donating” masks or brokering agreements with oil companies to donate material.  Kleptocrats wanted to appear as heroes before the victims they robbed in the first place.

Yet, in the past, the Law firm “Centurion” allegedly paid private trips to the minister of mines, Gabriel Mbega Obiang Lima, another son of the president. This firm is linked to the major oil contracts of Equatorial Guinea and is headed by the minister´s cousin. While Estefania’s fate is hanging, the minister of mines of her own country appears to have registered a myriad of companies in Cyprus under “Gabangare Holdings Ltd”, a powerful investment company with interest in almost every sector in the country.

This is not charity. This is a media campaign where robbers left crumbs to the ones they were stealing from.

The forest behind the tree

In Equatorial Guinea, the media-savvy vice-president of the country, “Teodorín”, sentenced in France for corruption, is just the tip of the iceberg, he is just the tree that hides the forest.

But a kleptocracy is a system involving many. And this system will not allow an NGO like Somos+ to work freely; his leader,  human rights activists Joaquin Elo Ayeto, was arrested for over a year with trumped-up charges. Many activists, like Joaquin, are attacked, jailed or fired from their jobs for raising the concerns of ordinary people. The system will make sure that the judicial system is weak enough to prosecute them.

Estefanía represents the struggle for surviving in a kleptocratic system. She most probably struggled to educate her daughter in a house without running water or permanent electricity or sending her to a school without electricity or latrines in a country where the rulers are among the wealthiest in the world.

The only sin of Estefanía was to fall sick during the COVID-19 pandemic, a disease she probably did not even have, but her death sentence was signed way before by those kleptocrats stealing the oxygen she needed to breathe. She died in April. 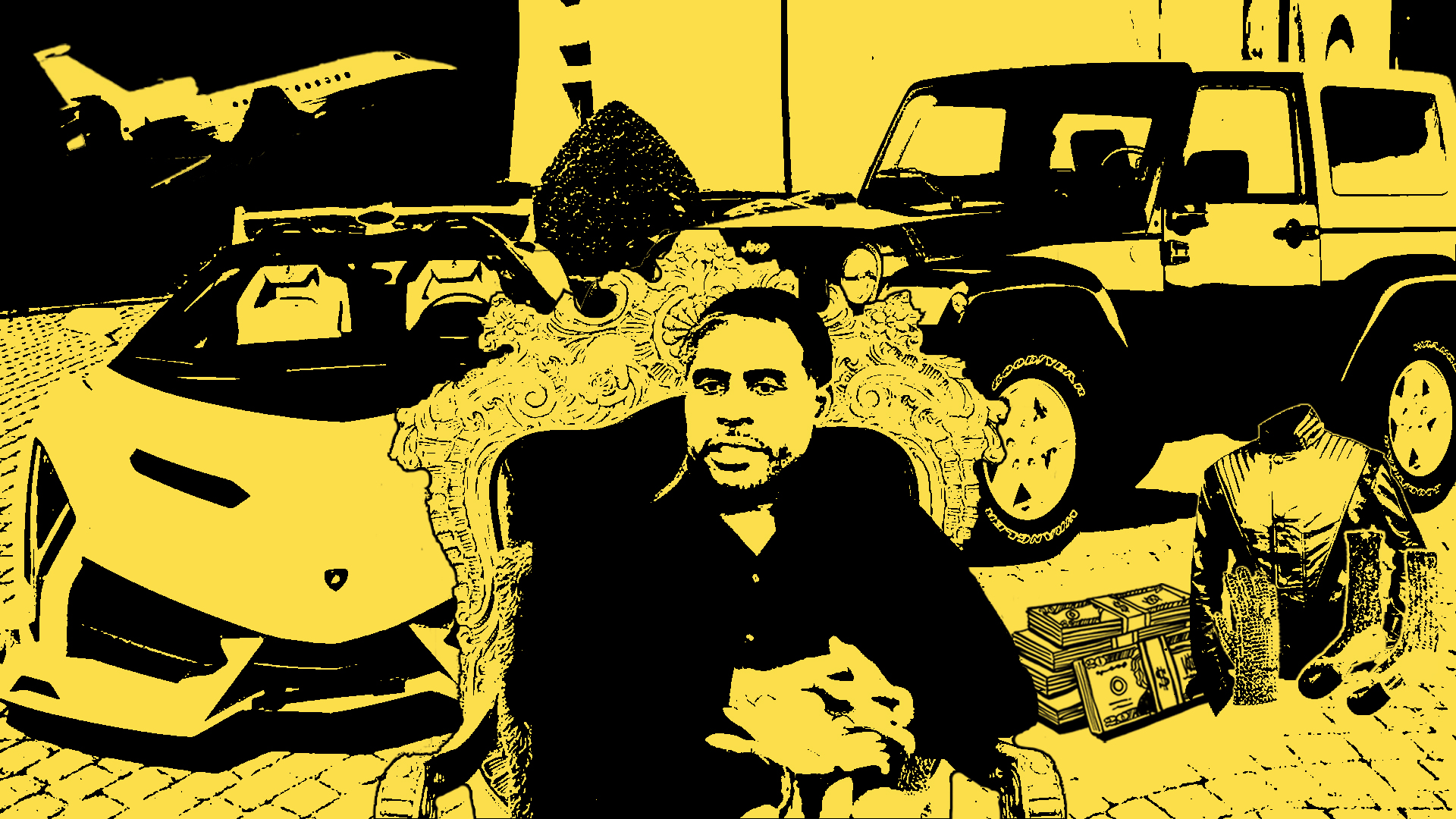 Teodoro Nguema Obiang, nicknamed Teodorín, is the darling of the tabloid’s front page: having multiple mansions over the world, dozens of luxury cars, a Tron-like motorcycle, dating a Danish model or an...