COVID-BUSINESS: GET RICH AND LET THEM DIE TRYING

The virus was brought to Congo by a Prime Minister’s delegation and summit participants, since then the COVID-19 pandemic has spread throughout the Republic of Congo. For the government, it is an opportunity to get rich. For citizens, the embezzlement of resources and health donations, the absence of clear containment measures, and state care underfunding are a lethal combination.

Chloé Bafouidi Nsoni, 29, may not have had Covid-19. But her death is attributable to the disorganization of the Congolese authorities during the crisis.

The young woman, at the last semester of her pregnancy, was waiting to give birth by cesarean section at the Makélékélé hospital. Given that her situation was deemed too serious, she was transferred to the Blanche-Gomes Mère-Enfant hospital. There, she was diagnosed with COVID-19 when she exhibited symptoms of acute dyspnea.

Was a test performed? Probably not. Chloé was transferred to the Albert-Leyono Municipal Clinic because “Blanche-Gomes did not have an appropriate unit to perform a cesarean section on a Covid-19 patient,” said Dr Régis Ondzé in his report.

Admitted to the Leyono Municipal Clinic around Thursday, May 28, 2020, Chloe was abandoned by the nursing staff without protective equipment. The mother and her unborn child suffered for 24 hours in total indifference.   Helpless medical staff provided minimal care. Chloe and her unborn child died on Saturday, May 30, 2020, at 4 a.m. at the Leyono Clinic, which had neither equipment nor adequate personnel to respond to the Covid-19 pandemic.

The autopsy report, signed by the director of the national laboratory, Prof. Fabien Roch Niama, found no traces of COVID-19.

Chloe died from a virus she did not have. Her story is shared by all Congolese who have to deal with an underfunded health system during an international health crisis.

Chloe died from a virus she did not have.

A MURDER OF CROOKS: THE VIRUS IN THE LUGGAGE OF THE PRIME MINISTER

Congolese citizens, with an average yearly income of US $ 1,640, according to Doing Business, do not have the means to travel. It does not protect them from COVID-19: a minority of them travel and thus bring the virus back in their suitcase.

It was chilly in Amsterdam on February 25, 2020. The delegation led by the Minister of Agriculture and fisheries Henri Djombo rushed into the Royal Institute of the Tropics building in Amsterdam. The minister wanted to look good: GrowCongo was his project. The Netherlands-African Business Council (NABC), Prime Minister Clément Mouamba, and FAO leaders participated in this conference. For the minister, this was an opportunity to sell his program of economic diversification through agriculture.

They greeted each other, kissed, networked. The pandemic that was already hitting Italy was only a figment of the imagination. On February 27, the first official case was declared in the Netherlands.

After he participated in the “ GrowCongo Invest in agriculture ” Forum in Amsterdam in the Netherlands, Prime Minister Clément Mouamba visited the International Agricultural Fair in France. On February 28, the Prime Minister walked with his delegation in a sluggish living room without fear of Covid-19. He found himself in a meeting in a tiny room with the French wheat lobbyists of the FNSEA, sharing droplets and scratching backs.

In Brazzaville and in the Congolese diaspora, voices rose to demand the strict control of airport arrivals or even a suspension of non-essential flights. On March 4, the government issued a ministerial memo on quarantining passengers from France, China, and Italy. However, at the end of February, destinations such as Lebanon, Spain, Nigeria, Qatar, and the United States were already affected. The memo was ineffective and never applied; it was unenforceable. Air France passengers from Paris who landed on March 04 at 6:20 p.m. (5:20 p.m. GMT) at Brazzaville airport were able to leave normally after a usual medical check-up.

However, from February 4, the Minister of the Interior Mboulou Zéphirin had toured the border posts, with the Minister of Health and the government spokesperson, to observe the deployment of anti-COVID 19 measures at border posts. On February 13, at Kintélé town hall, a suspected COVID-19 patient referred by the Brazzaville University Hospital to the Concorde Hotel, a containment site designated by the Ministry of the Interior, created a stampede when he entered the wrong building. The Mayor, Stella Mensah Sassou Nguesso, daughter of the President, revealed in a call to the Ministry in charge of COVID that the place of containment was only virtual: no staff, nothing was ready before February 13 for quarantining suspect cases. Authorities were only pretending to fight COVID; in reality, the Congolese health system decayed, thinking they might save time by offering public opinion a scrawny bone to chew.

The place of containment was only virtual: no staff, nothing was ready before February 13 for quarantining suspect cases.

The real problem is not COVID-19, but the debts many hospitals accumulated even before the virus appeared.

The Leyono Municipal Clinic is entering its sixth month without pay since the start of the health crisis in March 2020.

Between 2007 and 2017, Denis Christel is said to have spent more than US$ 29 million on luxury items for personal use, the equivalent of nearly a tenth of the Congolese health budget. Global Witness also reports that he owns several properties in Florida.

Health is not a regime’s priority; its negligence undermines an effective health response. Faced with the upcoming medical tsunami, the regime prefers to act like an ostrich rather than protecting its citizens.

On March 12 and 13th, 2020, despite the quarantine measures in place for a month, President Sassou Nguesso called for a meeting  at the Alima Palace in Oyo. Private jets jostled at Denis Sassou Nguesso Airport in Ollombo.

No quarantine for the South African, Chadian, Egyptian, Libyan or Algerian delegations. Yet, Egypt and South Africa were already epidemic clusters in Africa. The palace was full, and the meeting took place in an atmosphere of close proximity. Forgoing any social distancing measures!

Returning from this trip, Minister Dlodlo Pandor of South Africa was placed in a fourteen-day quarantine; one of her employees, who had made the trip from Oyo, tested positive for Covid-19.

The Alima Palace cluster remained relatively opaque until the airwaves of a local channel, VOX TV, the boss of the hotel group PEFACO, owner of the Alima Palace, member of the Economic Council of the Embassy of France, Mr Alexandre BECHER was presented as the spokesperson for patients cured of Covid-19 in the Republic of Congo!

The boss of the hotel group PEFACO, member of the Economic Council of the Embassy of France, Mr Alexandre BECHER was presented as the spokesperson for patients cured of Covid-19 in the Republic of Congo

Everything indicates that the virus entered the country through the prime minister’s delegation and through this one-shot meeting at the Alima Palace in Oyo. The other entry points for the virus in Congo were the oil installations and the private fishing port in Tchissanga of the Chinese company Rongchang Fisheries.

The virus entered the country through the prime minister’s delegation and through this one-shot meeting at the Alima Palace in Oyo.

THE STRATEGY: MAKE MONEY AND LET THEM DIE TRYING

In its strategy to fight Covid-19, the Congolese government chose to impose a fourteen-day quarantine in hotels at the taxpayer’s expense. The quarantine list of places gave priority to the hotels owned by the regime’s barons, an occasion for more embezzlement.

Covid-19 quickly became a new opportunity for enrichment. The hydro-alcoholic gels offered to the State by a local brewery were immediately found on sale in the local market rather than in hospitals. Masks and other equipment donated by Chinese billionaire Jack Ma were partly diverted and redistributed for electoral purposes in the tribal strongholds of the ruling party’s deputies. The Minister of Health had particularly endowed her district of Mouyondzi with these donations to the detriment of any health priority’s logic.

CITIZENS ALONE AGAINST THE PANDEMIC

While the regime exploits the pandemic, citizens find themselves under an everlasting brutal curfew without help.

In the Congolese crisis plan, the Sino-Congolese friendship hospitals occupy a central place. However, the feedback from the field shows puppet hospitals without any real intensive care or emergency units for treating COVID-19. On March 23, 2020, local media VOX reported that the Sino-Congolese Friendship Hospital and the Leyono Municipal Clinic do not yet have any equipment or adequate personnel to respond to the government’s will.

In Brazzaville, the regime has chosen to practice politically-motivated dry confinement with an 8 pm to 5 am curfew. There is a dire impact of this measure on citizens living on a day to day, without drinking water or stable electricity. The impact is dire on citizens. The stakes for the Brazzaville regime are elsewhere. With a strict curfew, it has opted for a Chinese-inspired authoritarian public health policy: let the population die en masse, prohibit public funerals, intimidate and repress critical voices, and finally rewrite history.

With a curfew and a ban on public transportation, the local press has already reported at least two cases of pregnant women in distress who, for lack of an ambulance, gave birth in the street.

The Covid-19 pandemic has accentuated violence against women and the containment measures have been particularly complicated for a majority of Congolese surviving through precarious jobs in the informal economy.

The restrictions on opening days in Brazzaville markets have been an ordeal for women. Interim Mayor Guy Marius OKANA, captured in a video, does not hesitate to violently reprimand a disabled saleswoman in the market.

The acting mayor did not wear a mask and brutalized a seller of basic necessities even if it was her right to come and sell at the market. As for Chloé Bafouidi Nsoni, it was not COVID that killed her, but authorities’ deafness to the suffering of citizens, while at the same time some are lining their pockets. 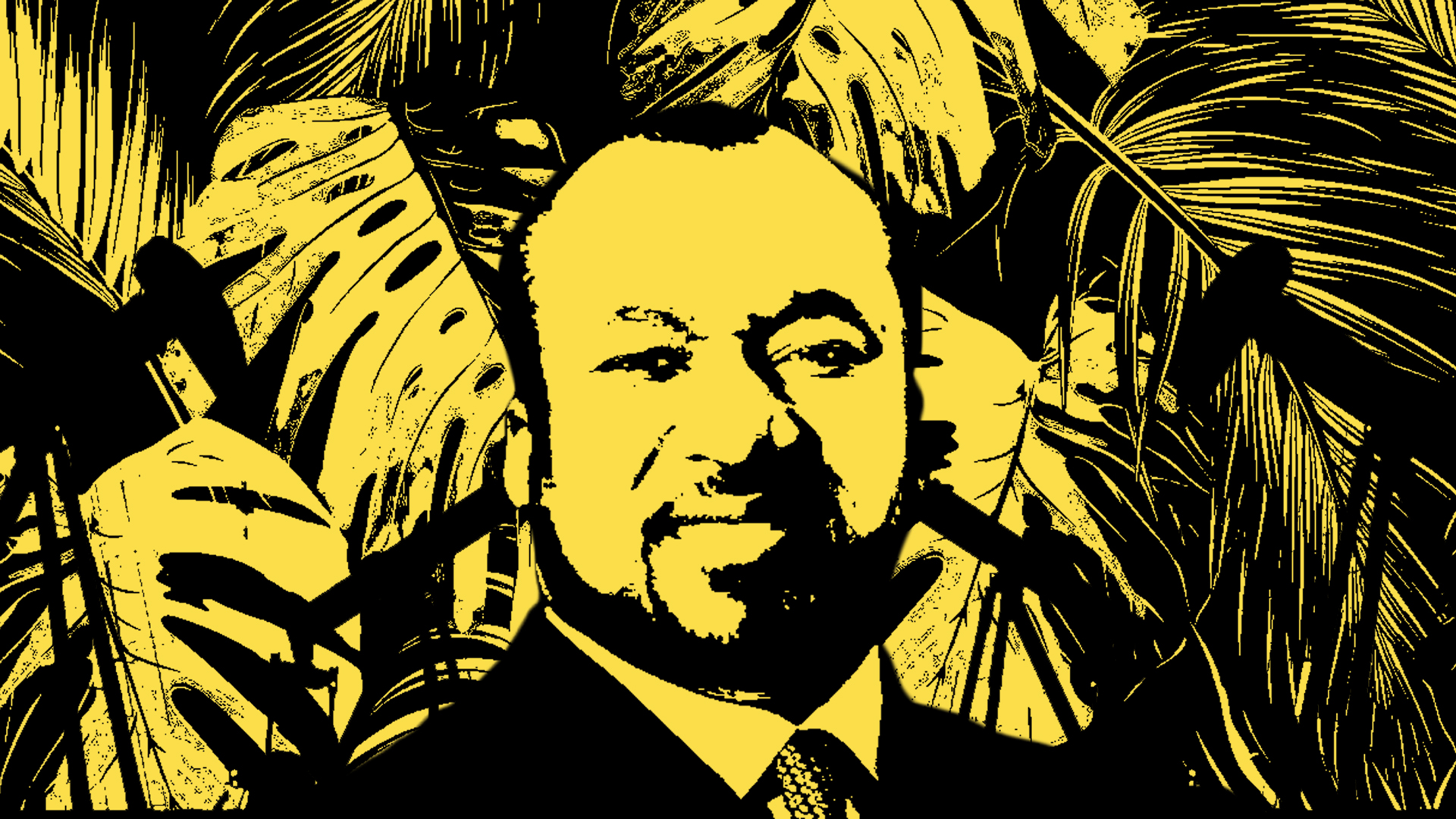 Between the appointment of Denis Christel Sassou Nguesso in 2001 and the year 2017, more than US $ 5 billion was diverted to the detriment of the Congolese state. Through complex arrangements...