Chad: when kleptocrats strike harder than the disease

For Chadians, COVID-19 is not only about facing a deadly virus: it is also about police repression and increasing poverty. While the population suffers, the regime has one objective: enrich itself and keep control.

Citizens who dare to leave their homes to feed their families without a mask faced the risk of police abuse. For some, the consequences are dire. In her twenties, a young woman learned the hard way that she should not wear a veil instead of a mask to protect herself; she was whipped in the street by security forces responsible for applying barrier measures. Another woman was fined FCFA 3000 (about US$ 7): she put a piece of plastic over her face as she had to sell her mask for FCFA 200 (about US$ 0,50) to buy food.

Citizens who dare to leave their homes to feed their families without a mask faced the risk of police abuse.

Police abuse has exploded since the virus revealed its presence in March 2020. And, as if that were not enough, the military was called upon to strengthen the measures.

One would think that the Chadian authorities care deeply about their citizen’s health. But this is more a license to racket where security forces can racket in total impunity without, at the end, enforcing the measures that could stop the disease’s spread. In the capital N’Djamena, a driver receives a FCFA 100,000 fine for not wearing a mask. Bribes can be adjusted according to the size of the car and the position of its occupants. If a police officer catches commuters without masks, he will get in the car to force the vehicle to go to the police stations where occupants will have to pay the fine. During the whole process, police officers do not care about social distancing or ensuring proper respect for the barrier measures.

The reality: police cares about profiteering in a country where security forces are often unpaid for months while being counterproductive to any attempt to contain the virus.

Between doubts and misunderstanding

In Chad, the pandemic is surrounded by uncertainty, resulting in stigmatization and rejection of those infected.  According to the government, the first case was taken care of as soon as it was diagnosed on March 19, 2020.

The truth is probably different. A case was already reported as early as March 15th: a foreign resident returning from Cameroon, while quarantining was not mandatory. He could have infected several people before the first symptoms appeared.

It’s hard to see clearly in this story, just like many others. Rumors are swirling. The Minister of State, Secretary-General of the Presidency, Mr. Kalzeube Pahimi Deubet was said to have tested positive for COVID-19, but the information would be stifled. Nobody knows. The president reportedly refused to have his wife tested.

So, who is infected? We don’t know. The citizens are left with their doubts.

On March 19th, the Chadian authorities closed airports, banned public gatherings over 50 people, closed all places of worship, bars, and restaurants, shut down public transit, and imposed the barriers’ measures.

If there is no government-enforced containment, the government has imposed a curfew from 11 pm to 5 am. Nevertheless, many Chadians chose self-confinement due to the lack of information.

Life becomes difficult for the poorest whose life depends on daily subsistence activities, like street vendors and other small economic activities. Their routine now involves playing cats and dogs between abusive police officers and the virus. The same goes for herders not able to travel to water their cattle.

Death rates and infections are still low in Chad, but the economic impact is disastrous as all economic sectors are collapsing. The government has implemented a FCFA 943 billion recovery plan, but the real impact has yet to be felt. Still, it made a small gesture,  offering free water and electricity for three months, and then for six months. For citizens, this is not much when water and electricity cuts are daily. These services are the exception rather than the rule.

Beyond repression, the authorities cannot control the pandemic. The authorities are overwhelmed. The lack of protective gear has left medical professionals unprotected, leading to several infections among them.

The government allocated a sum of FCFA 15 billion to deal with the crisis, which was revised up later to about 30 billion CFA francs for the medical answer. But these resources were quickly insufficient. A health center has set up tents for COVID-19 patients, but it exceeded capacity since then. In mid-May, China donated an important stock of medical supplies, but nobody really knows where they were dispatched.

A surveillance unit has been created to follow-up on the pandemic. Among its members, no doctors, pharmacists, or scientists. Only officials and government’s cronies. The goal: to ensure that resources remain under the control of President Deby’s clan.

The regime has a firm grip on all aspects of the state. But one of these is through the first lady’s foundation, Grand Coeur.

The non-profit main’s mission is to ensure the population’s well-being and its development.

No financial information or balance sheet is available on Grand Coeur. In many ways, Grand Coeur is a cover-up operation to ransom Chad’s business communities, as there is pressure to contribute to the association’s coffers to ensure smooth business. Grand Coeur embezzled a significant amount of resources, directly or indirectly.

During COVID-19, Grand Coeur’s action becomes more visible than the ones of the Ministry of health. The Foundation replaces some of the State organs, coordinating the pandemic answer and, most importantly, controlling money allocation. It slowly replaces the state’s functions and becomes another way for the regime to enrich itself. State companies, as much as private ones, are pressured to pay significant amounts to Grand Coeur.

The directors of the companies that resist are fired. Every official appointed by decrees signed by Idriss Déby knows that he or she must comply with the Fist Lady’s demands. And anyone who denounces this will be punished.

A glaring example is that of Mr. Yaya Djillo Djerou Betchi, Chad’s representative at CEMAC, was suspended from office after denouncing the interference of the Grand Coeur Foundation in state affairs, calling it “political marketing“, and in particular the management of the health crisis. The Movement of the “12  Recommandations” (the 12 Claims, or M12) intends to file a lawsuit against Grand Coeur for this organized looting.

But the first lady is not alone. Everyone tries to get their share of the loot.

In the week of May 11th, a Chadian delegation, led by the health adviser to the head of state, receptionned a donation of COVID-Organics, the Malagasy potion presented as a remedy against COVID-19. Once arrived at the airport, the stocks were transferred directly to Amdjarass, President Deby’s village. The Minister of Health, Mahmoud Khayal, also distributes part of the potion to members of the Ousra community, the president’s ethnic group, as well as some of the regime allies.

The pandemic is yet another opportunity for Chadians kleptocrats to keep hold of a system. At the same time, the underpaid police and military are racketing the population, the regime rackets at a larger scale, without worrying about protecting the community from the disease.

Chadians are alone to deal with the pandemic.

Chad: Between the oil curse and a family feud 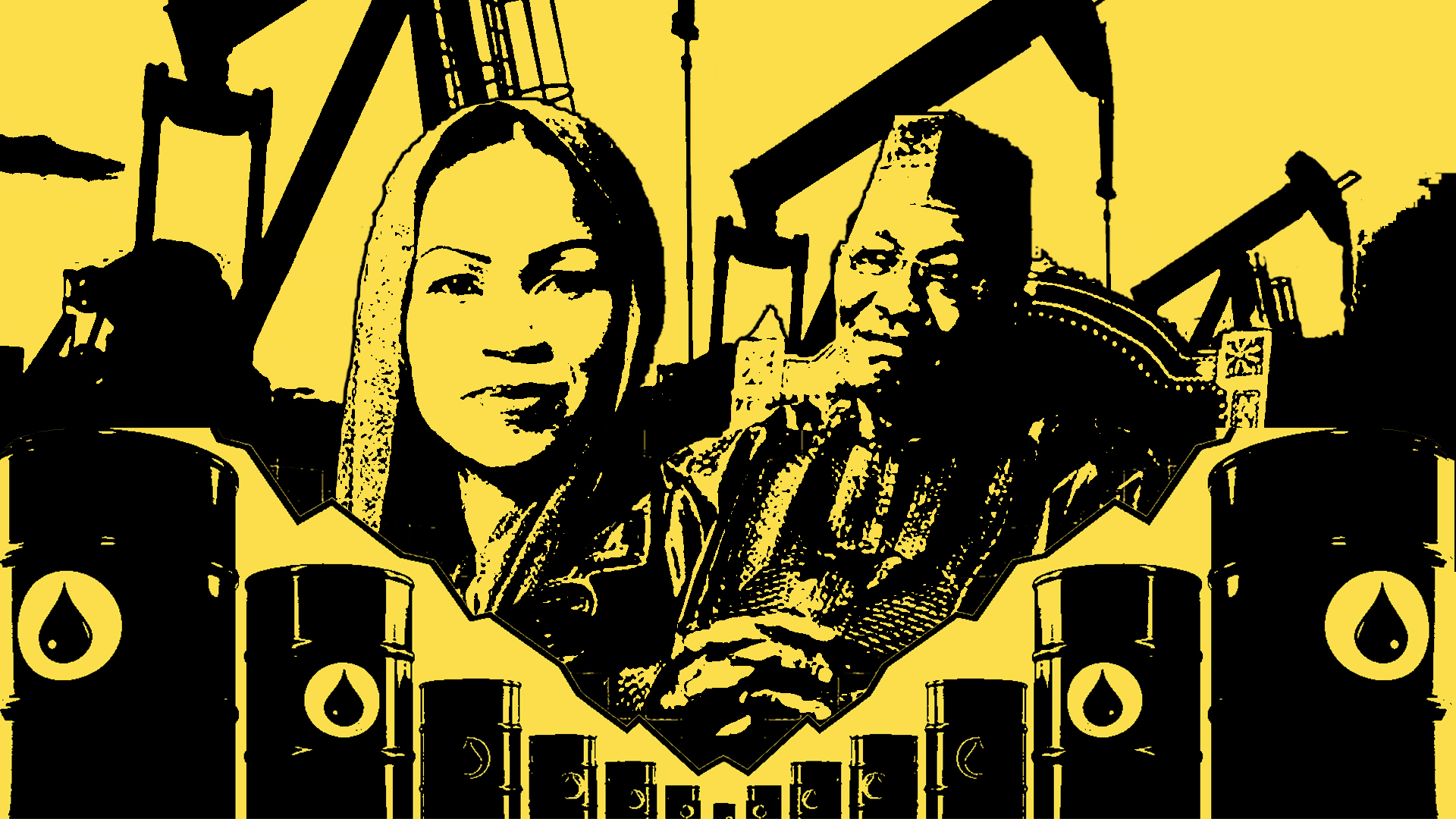 Chad: Between the oil curse and a family feud

Discovering oil should be a blessing when you are at the bottom of the human development indicators. Not for Chad. Since its independence, the landlocked country has juggled with political instability and...